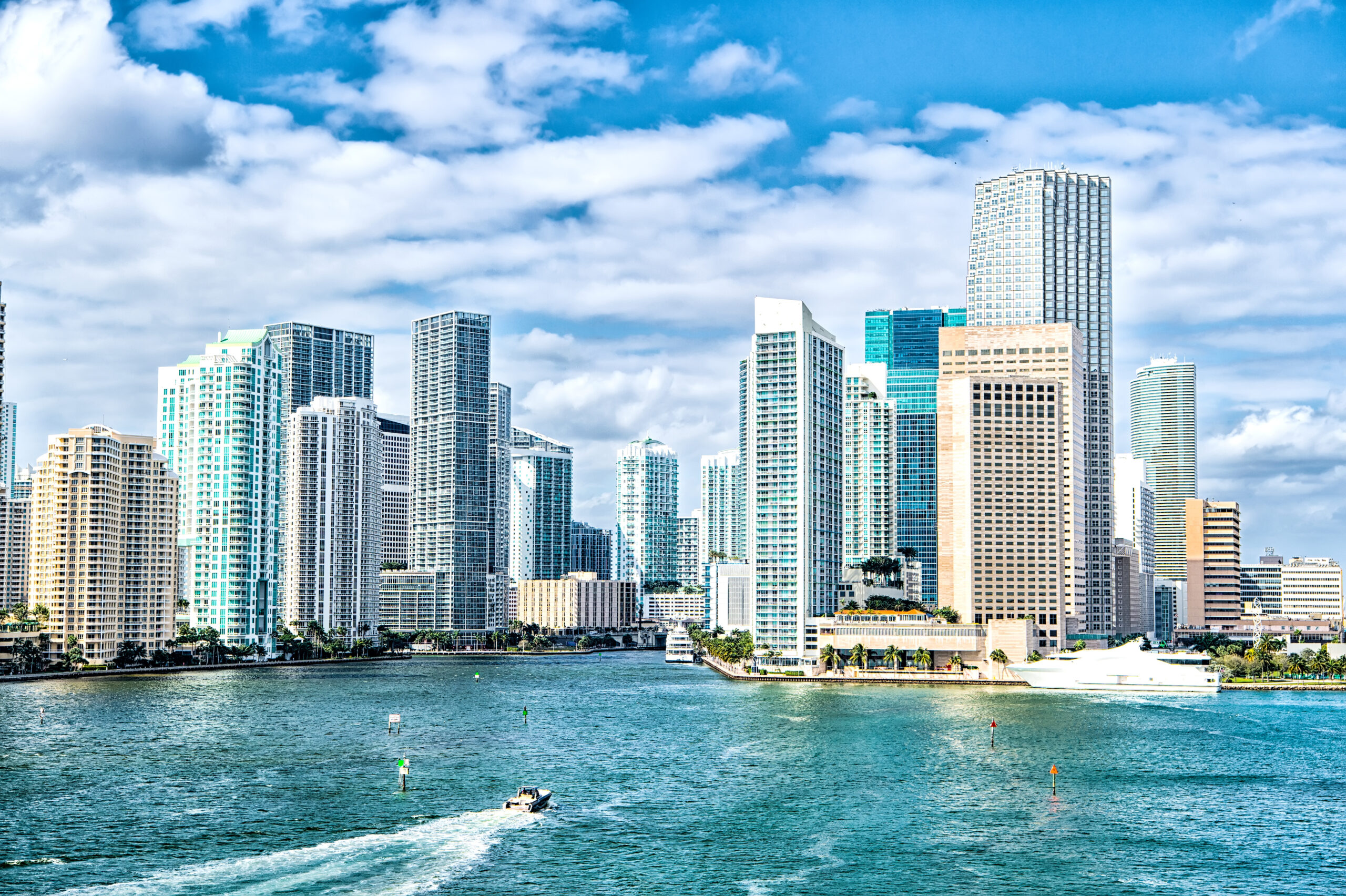 In the past decade, Miami has emerged as one of the most promising real estate markets in the United States, with an impressive growth in luxury properties and an influx of wealthy individuals from around the world. But how did this city become such a desired place to live? And what makes Miami such an enticing destination for these high-income earners? Let’s take a look at how Miami has grown as a destination for the rich and famous, and where it’s headed next!

A Destination for the Ultra-Wealthy

The population of ultra-wealthy individuals has expanded by nearly 60 percent in the last decade. Today, Miami ranks number five among global cities for private jet travel and studies have also shown that Miami remains one of the top U.S. destinations for direct investment (1). It’s also the fastest-growing major real estate market in the country. As a result, a continued increase in luxury home sales and rentals is expected as well as new high-end projects throughout 2022 and beyond.

According to research, worldwide wealth levels are growing at an average rate of 6% per year, reaching $317 trillion previously in 2021 (2). This rise in wealth is driven primarily by increased growth in emerging markets where most people are becoming wealthier than ever before.

Who are the People Buying Luxury Real Estate in Miami?

The number of high-wealth individuals looking for a tropical getaway has increased exponentially. According to some estimates, 75% of the millionaires worldwide are planning to migrate or have already migrated. So, it should come as no surprise that Miami is one of the top destinations for these wealthy individuals; in fact, it ranks second on FORBES’ list of ‘America’s Top Cities for the Wealthy’. Real estate speculators and international buyers are driving up home prices and demand in the luxury real estate market.

What is the Appeal of Development in Miami?

The luxury shopping and real estate market of Miami is the major factor in recent growth for the city. These buildings provide an exclusive atmosphere that attracts the wealthiest individuals from all over the world.

As one of the top locations to acquire authentic Latin artwork, many travelers are planning vacations to explore new art and mingle with cultural locals. From the Prado Museum, which houses some of Spain’s most famous artworks, to smaller galleries highlighting local artists, visitors can find what they are looking for in Miami. Although tourism contributes greatly to its economy, tourism alone doesn’t account for a quarter of Miami’s GDP. There has been a noticeable increase in large corporations opening up offices and moving their headquarters to South Florida as well. With this influx of corporate employees, the luxury housing market has elevated to meet demand for properties.

Miami’s favorable climate and luxury homes continue to play a crucial role in this development. The combination of luxury, culture, and so much more in Miami continues to bring high-end individuals from all over the world into one city with a growing population that is embracing its newfound wealth.

According to Forbes magazine, South Florida has led global cities in terms of private-jet traffic for ten consecutive years (3). These people come here to enjoy and explore what Miami’s luxury lifestyle has to offer such as: Museums, fine dining, and shopping centers like Bal Harbour Shops or the Design District. These are just some of many reasons why South Florida real estate continues to be one of the hottest markets in the United States.

Construction on high-rise projects is booming. Look up in downtown and Brickell, and you’ll see cranes speckling Miami’s skyline. Developers have their hands full constructing mixed-use urban projects with luxury condominiums, office space, retail, and entertainment areas. On top of that, a number of technologically advanced developments have recently been constructed along with some cutting-edge residences. These developments are designed to lure affluent buyers to invest in real estate in South Florida.

One new development that’s turning heads is the Porsche Design Tower, which will be one of the world’s first condominiums where elevators take residents directly to their private apartments while sitting in their cars!

Even Luxury Hoteliers are Capitalizing on the Growth

Even luxury hoteliers are capitalizing on the growth, developing niche hotels geared towards a younger nouveau riche clientele. Aiming to attract a more sophisticated customer with an eye for minimalist design and sleek gadgetry, developers have taken a cue from other service industries such as fashion and set out to launch brands that don’t have immediate recognition in their own names. Brand recognition is important when trying to lure clients into purchasing property, which is why established names like Hilton and Marriott have been rebranded under new monikers that might better resonate with young buyers: Tru by Hilton (formerly Hampton Inn) has launched two dozen hotels throughout South Florida since 2014; and Marriott has rolled out its Moxy brand across a large portion of Florida already.

According to Curbed Miami, The Brickell House, a hotel project currently under construction in downtown Miami’s financial district, will feature both major brands: Tru by Hilton (formerly Hampton Inn) on floors 2-6; Marriott’s Autograph Collection of smaller boutique properties above it (4) (5).

The consistent expansion and addition of new luxury properties can be contributed in part to Florida’s year-round average temperatures of 80 degrees. Because of this, there is no seasonal slowdown for home development to worry about. While other markets are either winding down or getting ready for a new round of development in springtime or fall, developers in South Florida can stay busy year-round by opening up their properties to wealthy retirees looking for a comfortable environment and vacationers wanting an escape from cold winter temperatures.

With Miami’s international community, increase in great investment opportunities and a diverse culture, Miami shows no signs of slowing down as it continues to mature as a global city.

Are you ready for luxury living in Miami? Get in touch with us today!